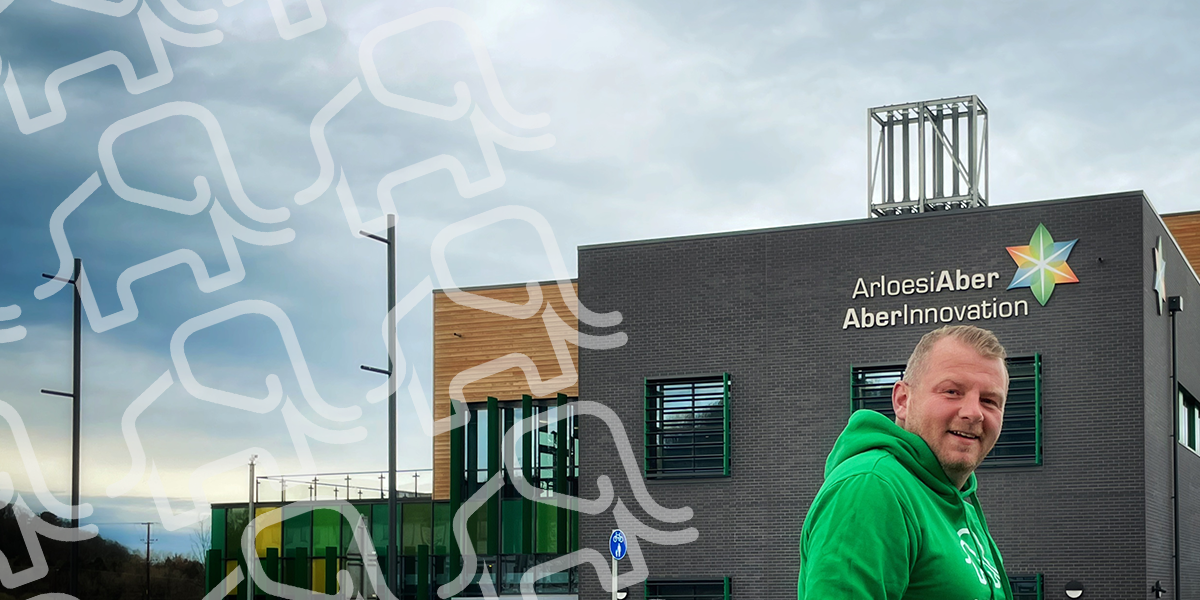 Nellie Technologies is producing a world-class carbon capture product that sucks carbon dioxide straight from the air. Its one-of-a-kind bioreactor enables the quick growth of algae which stores carbon dioxide as it grows.

Nellie is based in Aberystwyth’s AberInnovation Campus and has already enjoyed the benefits of locating at Wales’ most forward thinking innovation hub. Stephen Milburn, Nellie’s Founder and CEO comments:

“We’re really excited to be developing a truly game-changing piece of technology here in Aberystwyth. Nellie is unique in this early-stage market of carbon capture products in that we’re able to deliver carbon capture at a scale and price per ton that simply doesn’t exist right now.”

“Being part of AberInnovation’s BioAccelerate cohort this year has energised both the growth plans and the ambitions of our team. It’s an honour to have a such a vote of confidence in the product that we’re building.”

“We are delighted to deliver the BioAccelerate investor-readiness programme for the fourth year. In 2022 we have a dynamic, ambitious cohort of participating start ups in food, biorefining and agri-tech. These companies and their founding entrepreneurs will be well positioned at the end of BioAccelerate to seek further dialogue with the investor community across the UK”.

AberInnovation’s BioAccelerate program, which first launched in 2018, is now in its fourth year. BioAccelerate helps new projects produce an investment-ready value proposition for their innovation, with a focus on the CleanTech, biosciences, agri-tech, food and drink, and circular economy sectors.